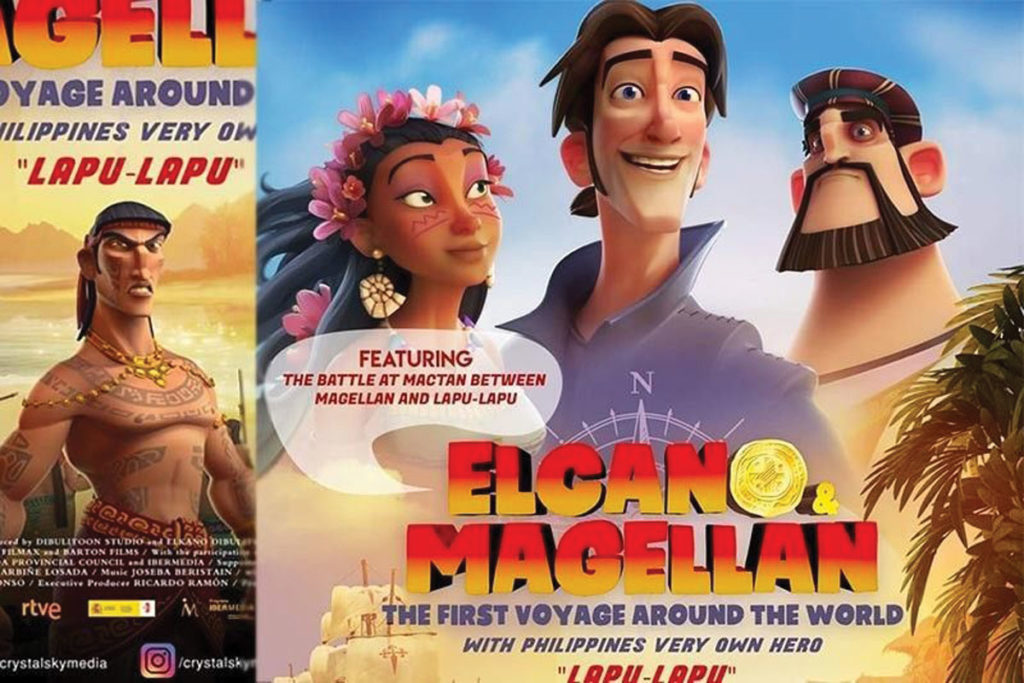 Critics accuse film of ‘inaccurate’ depiction of the Philippines, petition to ban the film in Philippine theaters gains traction

Selectivity, historical bias, and cultural disrespect are among the main reasons why Filipinos are calling for a boycott of the release of a Spanish-produced animated film that depicts the first circumnavigation of the world.

Slated for a 2020 release in the Philippines, “Elcano and Magellan: The First Voyage Around the World” tells the story of the Spanish expedition around the world in the 16th century led by Portuguese explorer Ferdinand Magellan and Spanish navigator Juan Sebastián Elcano, the latter of whom took over the journey after Magellan was killed in the Philippines.

“This is the story of the brave seafarers who grabbed the helm of history and changed its course forever,” CrystalSky Multimedia, the film’s Philippine distributor, said in a since-deleted Facebook post. “A journey which, as many people know, was started by Ferdinand Magellan who was killed by Lapu-Lapu and his men from the Philippines at the battle of Mactan but that not so many know was concluded by Juan Sebastián Elcano.”

As a film rated for all ages, the conceit of “Elcano and Magellan” is similar to that of Disney’s “Pocahontas” in that it is a children-friendly rendering of one of the most well-known cases of colonialism, many denizens remarked. But unlike “Pocahontas,” which humanized the indigenous Americans, critics say that “Elcano and Magellan” is filled with historical inaccuracies that demonize native Filipinos who fought to protect the land from the Spanish conquistadors.

There was particular outrage at the film’s depiction of Lapu Lapu, the ruler of Mactan who led the Filipinos in the Battle of Mactan, which resulted in the killing of Magellan.

“Portraying lapu-lapu [sic] as a villain when he was just protecting our land??? This film is gross,” the popular Filipino parody account @PANGINOON tweeted.

Another Twitter user @jamaisryuu wrote in a thread, “Please do not, under any circumstances, support the Elcano and Magellan movie. It portrays colonizers in good light like they’re heroes when Magellan brought suffering to the native Filipinos. And it also portrays natives (especially Lapu-Lapu, one of our country’s national heroes) as villains, which is WRONG.”

“I can tell the atrocities my ancestors were exposed to will not be in the film (the burning of our writings, the rape and killing of our spiritual leaders, etc.),” Mikael S. Diola, a scriptwriter based in Davao City, wrote in the campaign’s description. “The Filipinos in the film are also shown to be savages when in reality, that is far from the truth. We were kingdoms that already had diplomatic relationships with other Asian countries, had complex social classes and laws and civilized enough to celebrate art.”

Following public outcry and calls for a ban of the film, Malacañang said that it’s up to the Movie and Television Review and Classification Board (MTRCB) to determine the film’s release in the Philippines.

“Sila ang magde-decide doon (The MTRCB makes that decision),” Presidential Spokesperson Salvador Panelo said in a press conference on Thursday, November 7. “We don’t want to preempt the jurisdiction of that agency.”

CrystalSky Multimedia also respond to the online backlash, releasing a statement on Friday, November 8 that noted that it “has heard the public’s sentiments of the film” and “after careful thought and consideration,” it is reconsidering the film’s future in the Philippines by consulting with historians and academics.

“We will base our next steps and actions on their comments and recommendations,” CrystalSky wrote. (Klarize Medenilla/AJPress)

About the author: Amazians
Tell us something about yourself.