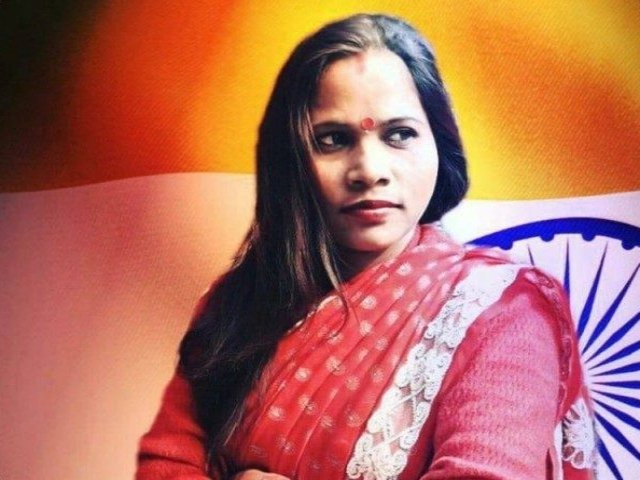 A female leader of the ruling Hindu-nationalist Bharatiya Janata Party (BJP) in India, Sunita Singh Gaur, was recently fired from her position after calling on Hindu men via social media to publicly “gang rape” and lynch Muslim women, arguing that there is “no other way” to “protect” the country, local news outlets report this week.

In a June 21 assessment rejected by New Delhi, the U.S. Department of State (DOS), echoing non-governmental organizations (NGOs), blasted Hindu-majority India, the most populous democracy in the world, for inciting hatred against religious minorities, namely Muslims and Christians.

The DOS reports— focused on international religious freedom — found that attacks against Muslim minorities plagued India throughout 2018. Recent incidents captured by news reports show that sectarian violence pitting Hindus against Muslims have continued into this year.

On Monday the Tribune in India reported that in a now-deleted Facebook post, Gaur, the top leader of BJP’s women’s wing (Mahila Morcha) in India’s Uttar Pradesh province, declared:

There is only one solution for them [Muslims]. Hindu brothers should make a group of 10 and gang rape their [Muslims] mothers and sisters openly on the streets … and then hang her in the middle of the bazaar for others to see.

She went on to stress that Muslim women should have their “honor looted.”

“If we need to protect India,” then Hindu men must rape Muslim women, she continued, adding, “There is no other way.”

Responding to Gaur’s post, Vijaya Rahatkar, the national president of BJP Mahila Morcha, said that such “hateful comments” would not be tolerated, adding that the party has expelled Gaur:
✔
@DeepalTrevedie
· Jun 28, 2019
@BJP4India’s Ramkola MahilaMorcha Prez #SunitaGowd calls upon #Hindu brothers & exhorts them to form a group of 10-20 other Hindu brothers & barge into every #Muslim home to rape their mothers & sisters. #Shame on all those who are misusing power to promote this vulgar ideology.

A press release posted on Twitter by Rahatkar revealed that the BJP fired Gaur on June 27.

“While this would not be the first time BJP leaders have been accused of propagating hate online or offline, the fact that a [BJP women’s wing] leader was instigating rape and gruesome sexual violence shocked many on social media,” the Wire added.

Last month, the U.S. government condemned India for failing to take action to protect Muslims and other religious minorities amid an increase in violence at the hands of radical Hindu nationalists. New Delhi has denied the allegations.

The State Department report, which covered activity in 2018, revealed:

There were reports by nongovernmental organizations (NGOs) that the government sometimes failed to act on mob attacks on religious minorities, marginalized communities, and critics of the government. Some senior officials of the Hindu-majority Bharatiya Janata Party (BJP) made inflammatory speeches against minority communities.

Mob attacks by violent extremist Hindu groups against minority communities, especially Muslims, continued throughout the year amid rumors that victims had traded or killed cows for beef.

Hindus honor the cow as representative of the divine.

“There were reports of religiously motivated killings, assaults, riots, discrimination, vandalism, and actions restricting the right of individuals to practice their religious beliefs and proselytize,” the State report added.

The Mumbai-based Center for Study of Society and Secularism (CSSS) and the Minority Rights Group International (MRG) based in the U.K. learned from official statistics that India experienced “more than 700 outbreaks of communal violence last year that killed 86 and injured 2,321 people,” SCMP added.

“The actual number, however, could be higher as many cases go unreported,” the news outlet acknowledged.

While the sectarian violence has targeted religious minorities, including Christians and Sikhs, Muslims “have borne the brunt of these hate crimes, such as lynching, threats, attacks on places of worship and forced conversion,” SCMP reported.

Last month, video footage purportedly showed a mob in India beating a Muslim man to death after forcing him to perform Hindu chants.

Social media users described the incident as a “lynching.”

On Monday, a fight over parking a scooter evolved into sectarian violence in India’s Old Delhi region “as groups of Hindu and Muslim residents accused each other of stone pelting and violence on Sunday night,” the Hindustan Times reported.

Open Doors has deemed India one of the worst places for Christian persecution in recent years, particularly after the BJP took power.

The NGO described PM Modi’s re-election in May as an “absolute tragedy” for Christian minorities in India.