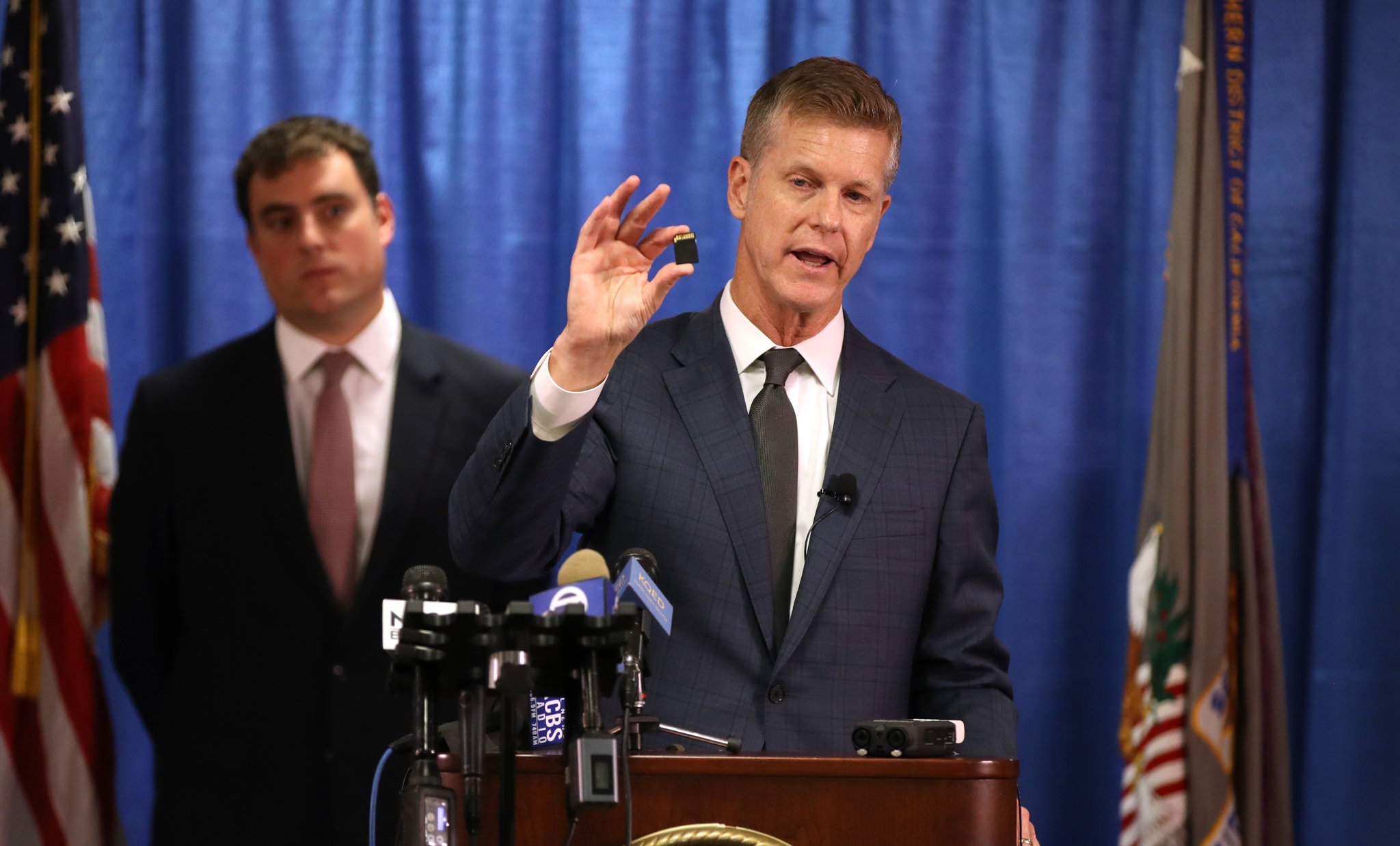 The United States ran a double-agent operation against China’s Ministry of State Security, an indictment unsealed in California revealed on Monday, as it announced that it had arrested an American citizen and charged him with smuggling what he thought were classified American secrets to China’s leading intelligence agency.

The charges against Xuehua Peng, 56, of Hayward, Calif., who first moved to the United States in 2001, follow a four-year investigation in which the F.B.I. placed seemingly secret documents on small, secure digital memory cards and tracked them as they made their way to Beijing. The Justice Department released surveillance video showing the cards being transferred through “dead drops” — one party leaving them in a prearranged spot and then the other picking them up — in California and Georgia.

At a moment of trade and military tensions with Beijing, the indictment is just one more potential irritant, but also a brief view into the constant, low-level intelligence war underway each day. American officials contend that China has resumed the theft of intellectual property, despite an agreement reached between President Barack Obama and President Xi Jinping in 2015, just months after the sting operation was beginning.

But in this case, the lure for the Chinese was not commercial data; it was what the indictment vaguely calls “national security information.” Officials would not be more descriptive, but apparently the information was authentic-looking enough to fool its recipients in Beijing for several years, until the arrest on Friday of Mr. Peng, also known as Edward.

John C. Demers, the head of the Justice Department’s national security division, told NBC News on Monday night that the case “is a big deal when it’s understood in the broader context of all the Chinese espionage efforts that are targeting the U.S. right now — whether it’s U.S. business on the one hand, or the government and national security secrets, as in this case, on the other.”

American officials have often said that China is the chief perpetrator of economic espionage, and Russia of political and military data theft. But China is increasingly focusing on national security: Its hack of the Office of Personnel Management several years ago centered on obtaining the security-clearance data of more than 22 million Americans. That was considered one of the most successful intelligence-gathering cyberthefts in history.

Similar transactions took place in 2016 and then in Columbus, Ga., in 2017 and 2018. Video from a hidden camera installed by the F.B.I. that was released by the Justice Department showed Mr. Peng taping an envelope under a shelf. The “source,” the double agent, then entered the room and removed the envelope, which apparently contained $10,000.

There was no immediate reaction from the Chinese government, or from legal counsel for Mr. Peng. But at a time when foreign business executives have been arrested in Beijing and charged with intellectual property theft, officials said they would not be surprised if the indictment led to some kind of retaliation.