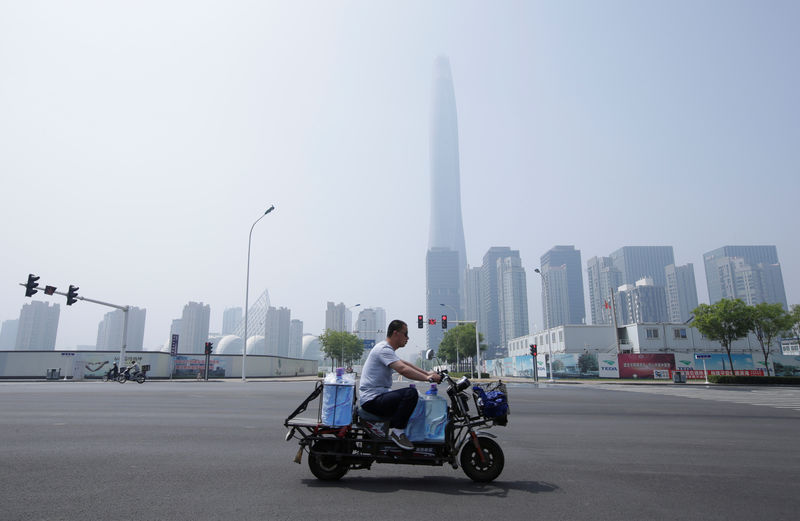 (Reuters) – A key gauge of China’s debt has topped 300% of gross domestic product, according to the Institute of International Finance (IIF), as Beijing steps up support for the cooling economy while trying to contain financial risks.

China’s total corporate, household and government debt rose to 303% of GDP in the first quarter of 2019, from 297% in the same period a year earlier, the IIF said in a report this week which highlighted rising debt levels worldwide.

The IIF is a private global financial industry association, based in Washington.

“While authorities’ efforts to curb shadow bank lending (particularly to smaller companies) have prompted a cutback in non-financial corporate debt, net borrowing in other sectors has brought China’s total debt to over $40 trillion – some 15% of all global debt,” the report said.

“Of note, onshore bond issuance suggests a big pickup in borrowing by local governments and banks this year.”

China’s economic growth slowed to 6.2% in the second quarter, its weakest pace in at least 27 years, as demand at home and abroad faltered in the face of mounting U.S. trade pressure.

To revive investment and protect jobs, Beijing has been encouraging banks to lend more, particularly to struggling smaller firms. It has also unveiled billions of dollars in tax cuts and infrastructure spending.

In the first half of this year, local governments’ total net bond issuance reached 2.1765 trillion yuan ($316.5 billion), the finance ministry said on Tuesday.

Member
Member
Rene B. Sarabia Jr
Offline
#172
You can flag a comment by clicking its flag icon. Website admin will know that you reported it. Admins may or may not choose to remove the comment or block the author. And please don't worry, your report will be anonymous.

The Chinese also cook their books. The publiahed GDP growth data is allegedly inflated twice over and that true GDP growth is actually just half the published one. You should take a clue on the GDP growth rate of Singapore (Which does not cook her books) and she recently contacted by as much as 3%.