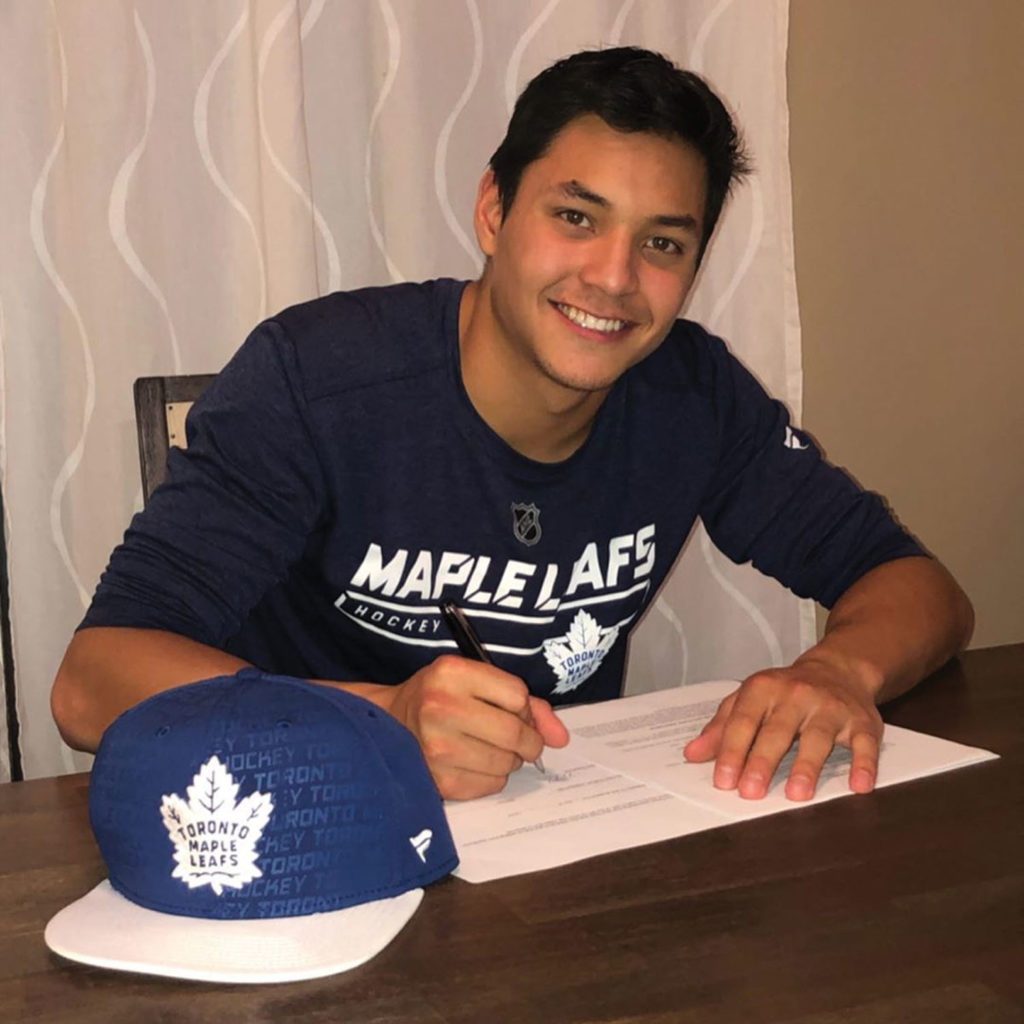 Having just turned 18, Robertson was considered the youngest prospect for the Maple Leafs before securing himself as part of the team.

All new players entering the NHL under the age of 25 are required to be signed under an entry-level contract with a term of one to three years, depending on their age at signing.

“Happy to sign my first NHL contract with the Toronto Maple Leafs,” Robertson wrote on Instagram on Thursday. “Thank you to my family and those who helped me along the way.”

In the post’s comments were congratulatory messages and Philippine flag emojis from fans clearly happy about the news.

Originally from Arcadia, California, Robertson has been training in Peterborough, Ontario and playing with the Ontario Hockey League’s Peterborough Petes for nearly three years.

He’s also expected to be a part of Team USA’s 2019 World Junior Championship roster this winter 2019. He had a great performance with the team at the World Junior Summer Showcase.

Despite having a height of 5 feet 9 inches, where the average NHL player height 6 feet 1 inch, hockey enthusiasts have lauded Robertson as being smart and strategic on the rink.

Others have considered the Maple Leafs lucky for being able to nab Robertson.

On Instagram, the older brother congratulated the younger on Thursday and said, “Maple Leafs got a good one in you.”

Back in June, Nick Robertson was among the Toronto Maple Leafs’ draft picks coming from the team’s annual week-long development camp. He told Balitang America that he hopes to set an example to other young Filipinos interested in hockey, given that its unusual to see Filipinos excel in the sport.

“There are a lot of Asians in California that are coming up,” said Robertson. “Once people see how much hockey is growing in the Asian community — I try to hopefully get more Filipinos to play hockey.”