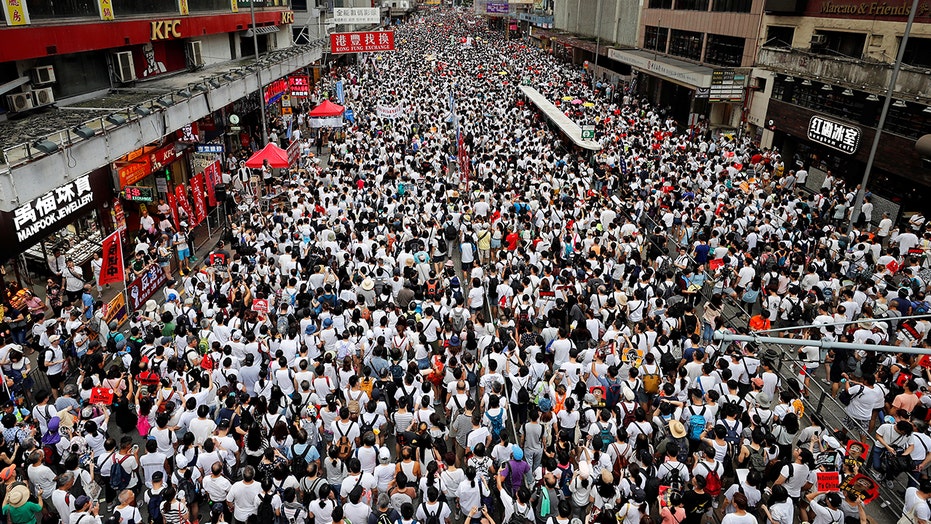 Hong Kong Christians fear freedom of religion could be “gone forever” despite the withdrawal of a controversial extradition bill and leader Carrie Lam’s efforts to ease tensions in the administrative region.

Christians and pro-democracy supporters are worried the Chinese government could make another attempt to ramrod legislation in Hong Kong that would specifically target the faith community and strip basic human rights.

Before the bill was withdrawn, it triggered three months of unrest. The controversial bill would have allowed people to be sent from Hong Kong to mainland China for trial. Protesters felt the withdrawal of the bill did not go far enough — they demanded laws that would include universal suffrage and requested an independent inquiry into their complaints of excessive force by police.

Lam, who announced Tuesday she is starting dialogue sessions with the community next week, said her first priority is ending the unrest and violence as pro-Beijing protesters have repeatedly clashed with pro-democracy supporters. Nearly 1,500 people have been arrested since the protests intensified in June.

“Hong Kong society has really accumulated a lot of deep-rooted economic, social and even political issues, I hope these different forms of dialogue can provide a platform for us to discuss,” Lam told reporters. “But I have to stress here, dialogue platform doesn’t mean we don’t have to take resolute enforcement actions. Suppressing the violence in front of us is still the priority.”

But Gina Goh, International Christian Concern’s South East Asia regional manager, said it’s “ridiculous to expect” Hong Kong will be fair to the people after eroding the trust between the leadership and the citizens.Video

“Eight lives perished for this cause,” Goh told Faithwire, “and the demonstrators want to continue to pursue justice and democracy so their fellows did not die in vain.”

The Hong Kong Catholic Diocese (HKJP) made several demands, including that the former British colony be granted greater legislative separation from Communist China.

“Carrie Lam should at least agree to two demands: retract the bill and set up an independent investigation committee. That way, hopefully, people can accept a period of truce,” Zen said. “Otherwise, it is unimaginable what great disaster would be inflicted on us before October 1 (the 70ths Anniversary of PRC) ! She does have a choice. Or she repent, or else God will not be able to help her.”

Although Christians only make up 10 percent of the population, they have played a vital role in the protests, helping quell the violence and providing a safe haven for protesters as the government continues to crack down on the “organized riots.”

In the early weeks of the protests, the hymn “Sing Hallelujah to the Lord” became an unlikely anthem for the protesters.

Lam admitted Tuesday that several international public relations firms declined to help the government’s request to help restore the city’s reputation. Firms reportedly said “the time is not right” as the violence and unrest in the semiautonomous Chinese territory have shown no sign of ending.

The Associated Press contributed to this report.