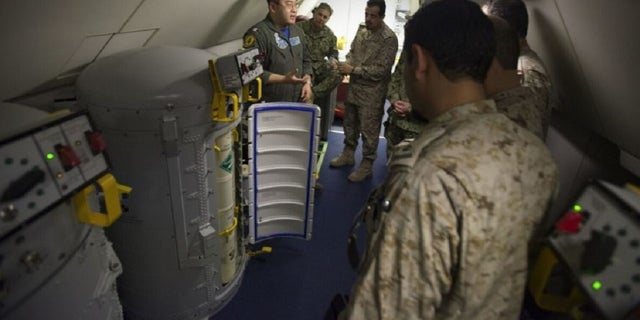 A U.S. Navy officer, his wife and two Chinese nationals have been charged with conspiring to unlawfully smuggle military-style inflatable boats to China, the Justice Department announced Friday.

Lt. Fan Yang, 34; his wife Yang Yang, 33; Ge Songtao, 49; and Zheng Yan, 27, were charged with “conspiring to submit false export information and to fraudulently attempt to export articles from the United States,” according to the department.

Fan Yang was assigned to the Maritime Patrol and Reconnaissance Weapons School (MPRWS) at Naval Air Station Jacksonville and held a top-secret security clearance while working in a sensitive anti-submarine warfare unit, according to court documents obtained by Fox News.

Prosecutors alleged that Fan Yang and his wife were in contact with two Chinese nationals and were paid $205,000 to smuggle inflatable boats from September 2018 through this past October, court documents said. It is illegal for a foreign national to get a weapon.

Yang Yang, Songtao and Yan are additionally charged with “causing the submission of false and misleading information into the U.S. Automated Export System, and fraudulently attempting to export seven vessels and eight engines,” according to the Justice Department.

The Yangs and Songtao are also charged with “conspiring to violate laws prohibiting an alien admitted under a nonimmigrant visa from possessing a firearm and prohibiting the transfer of a firearm to a nonresident,” the DOJ said.

The defendants each face a maximum of five years in prison on the counts of conspiracy or submission of false export information, the DOJ said. They could each receive up to 10 years if convicted of the attempted smuggling charge.

Fan Yang was also charged with making false official statements to a firearms dealer and making false statements on a security clearance application, the DOJ said. Those charges carry a maximum setence of ten years and five years if convicted.

All four defendants were arrested Oct. 17 and have been detained.

Court filings said Fan Yang was born in China, immigrated to the U.S. in 1999 and became an American citizen in 2006.