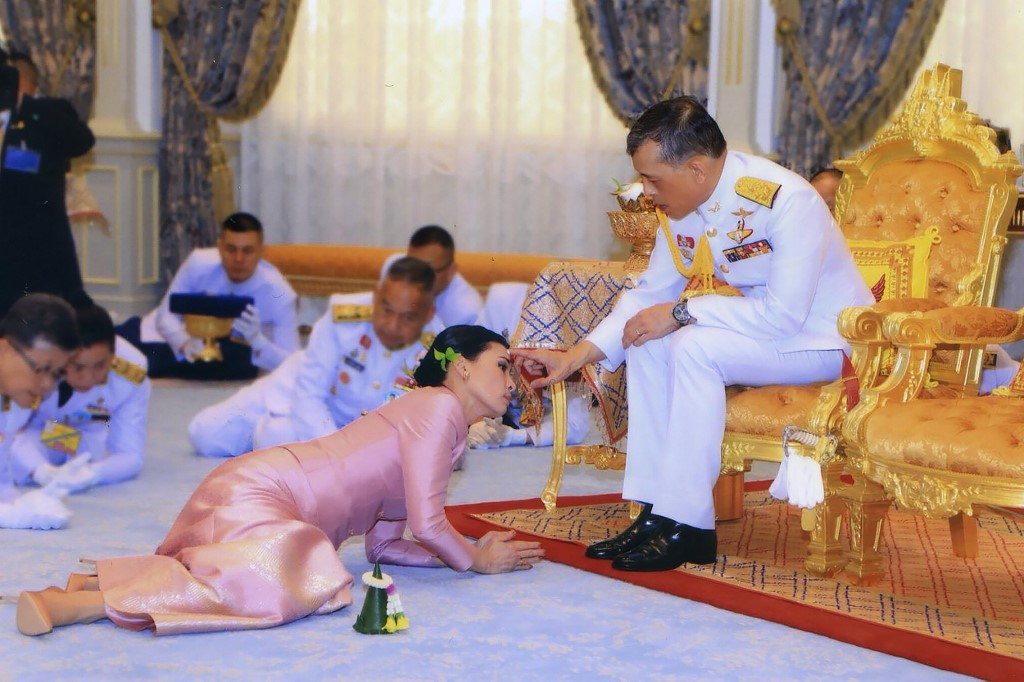 A king married four times with a penchant for piloting jets; a shrewd tactician with a hefty fortune and the army’s loyalty — snippets from the closely-guarded life of Thailand’s King Maha Vajiralongkorn who remains an enigma to his subjects.

The 66-year-old heir will be crowned in a royal ceremony this weekend as Rama X of the Chakri dynasty, more than two years after the death of his beloved father King Bhumibol, widely revered as a figure of unity and man of the people.

But little is known about the incoming monarch, Bhumibol’s only male heir who spends much of his time abroad, lives in privacy and rarely addresses the Thai public.

His inscrutable image is carefully curated by a trusted advisers, guards and strict press rules about how the royal family can be depicted in a country with some of the world’s toughest lese majeste laws.

He is often represented performing royal duties or charity in the Thai official royal press.

Less guarded moments overseas have been relayed in the foreign media, but they have not been widely disseminated inside the kingdom.

“This great mystery… makes him distant,” said a Thai businessman who once worked for the palace, speaking under condition of anonymity.

Vajiralongkorn rarely gives interviews, but in a sit down with the BBC in 1979, he gave a nod to the conundrum of being born a prince.

He developed a passion for flying, piloted fighter jets, and served as a career officer in the Thai military, training for periods with US, British, and Australian armed forces.

In the twilight of his father’s reign the then-crown prince took on a more prominent public role.

A fan of the outdoors, Vajiralongkorn donned spandex to lead two choreographed mass cycling events through Bangkok in 2015.

Vajiralongkorn is a study in contrasts with his father, who toured the country with camera and maps in hand for much of his 70-year reign.

He rarely gives speeches and has spent much of his life overseas, particularly in Germany, where he owns lavish residences on the shores of Lake Starnberg in Bavaria.

From there he likes to fly his Boeing 737, which was briefly seized in 2011 as part of a financial dispute between the Thai government and a German company.

“It’s a way to escape the yoke of protocol in Thailand,” said Sophie Boisseau du Rocher, a senior researcher specialising in Southeast Asian politics at the French Institute of International Relations.

Bound by centuries of straightjacketing rules revolving around officials events and ceremonies, Thailand’s king is nominally above politics.

But some analysts speculate that a 2014 coup was staged to ensure a smooth succession as Bhumibol’s health waned.

After his father died in 2016, Vajiralongkorn surprised many by requesting to delay his ascension to the throne to allow the public to mourn.

In the intervening years he has taken further actions widely seen as smudging the separation between the constitutional monarch and the state.

He shored up control of the fantastically wealthy Crown Property Bureau, requested changes to the constitution giving the king more executive decision-making powers.

“He is involved in politics in a much more direct way than his father,” says Eugenie Merieau, a specialist in Thai politics.

A member of his personal security retinue seen with him at public events, Queen Suthida was made a general the day Vajiralongkorn took the throne in 2016.

The king has a 14-year-old son from his third marriage — Prince Dipangkorn Rasmijoti, plus six other children including four sons from two previous wives.

His third wife Srirasmi was stripped of her royal title in 2014 and several members of the family have been placed behind bars since then for violating royal insult laws.