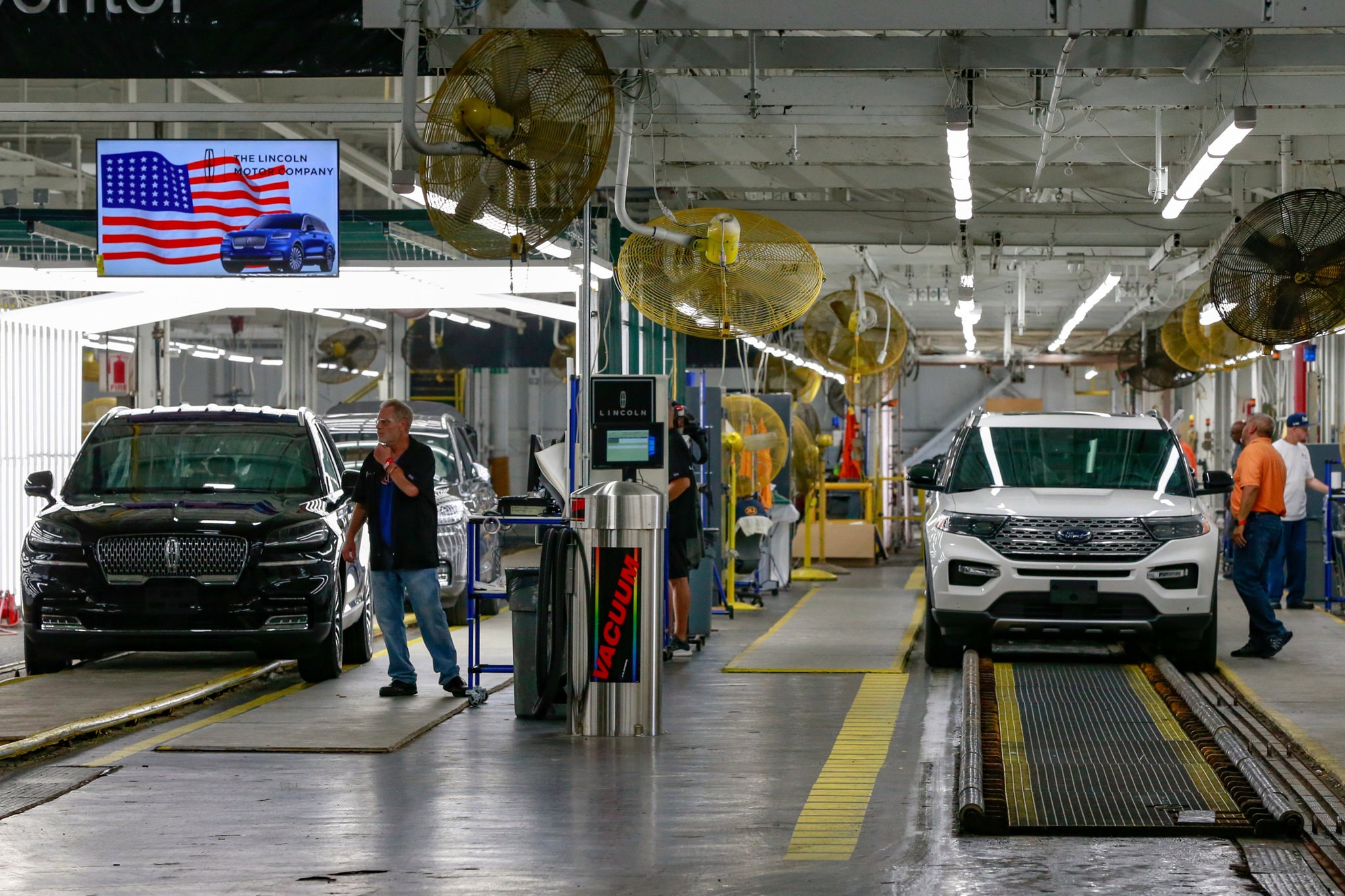 WASHINGTON — Hours after Beijing said it would increase tariffs on American goods in response to President Trump’s latest round of Chinese levies, the president ordered companies in the United States to stop doing business with China and warned of additional retaliation.

In a series of angry Twitter posts, Mr. Trump said “Our great American companies are hereby ordered to immediately start looking for an alternative to China, including bringing our companies HOME and making your products in the USA.”

The president also said he was ordering the United States Postal Service and private American companies like FedEx, Amazon and UPS to search packages from China for the opioid Fentanyl and refuse delivery.

Catch up and prep for the week ahead with this newsletter of the most important business insights, delivered Sundays.SIGN UP

….better off without them. The vast amounts of money made and stolen by China from the United States, year after year, for decades, will and must STOP. Our great American companies are hereby ordered to immediately start looking for an alternative to China, including bringing..

….your companies HOME and making your products in the USA. I will be responding to China’s Tariffs this afternoon. This is a GREAT opportunity for the United States. Also, I am ordering all carriers, including Fed Ex, Amazon, UPS and the Post Office, to SEARCH FOR & REFUSE,….27.6K10:59 AM – Aug 23, 2019Twitter Ads info and privacy10.5K people are talking about this

“We don’t need China and, frankly, would be far better off without them,” Mr. Trump said on Twitter. “The vast amounts of money made and stolen by China from the United States, year after year, for decades, will and must STOP.”

It was not yet clear on Friday how Mr. Trump planned to carry out his demands, including ordering companies to begin seeking alternatives to China. Mr. Trump has routinely urged American companies to stop doing business in China and has viewed his tariffs as a way to prod them to move production. While some companies have begun looking for other places to locate their supply chains, including Vietnam, many businesses — particularly smaller ones — say such a move is costly, time-consuming and could put them out of business.

The escalation in the trade dispute between the world’s two largest economies came as China said it would raise tariffs on $75 billion worth of American-made goods, including crude oil, cars and farm products, if Mr. Trump carries through with his plan to tax an additional $300 billion worth of imports. The exchange was a sign that neither side is ready to back down from an economic conflict that has already begun to slow global growth.

China’s plan to retaliate, which was announced late on Friday in Beijing, includes putting new tariffs of 5 percent or 10 percent on American goods. Like Mr. Trump’s threatened tariffs on Chinese goods, China’s new tariffs would take effect in two stages, the first on Sept. 1 and the second on Dec. 15.

The news was likely to unnerve investors who worry that the trade war between the world’s two largest economies will drag down global growth. Markets fell on the news in afternoon trading in Europe, and the S&P 500 was down nearly 2 percent in early afternoon trading.

Mr. Trump’s anger was compounded by remarks from the Federal Reserve chairman, Jerome H. Powell, who did not signal another imminent rate cut and said the central bank’s ability to counteract the president’s trade war was limited. Mr. Trump criticized Mr. Powell on Twitter, suggesting he was as much an enemy as Chinese President Xi Jinping.

“My only question is, who is our bigger enemy, Jay Powell or Chairman Xi?,” the president tweeted.

“I think China’s trying to show that, cooperation or fight, it is ready to do both and it is not going to be pressured into an unfavorable trade deal,” said Andy Mok, a trade and geopolitics specialist at the Center for China and Globalization in Beijing.

Mr. Mok said that China’s willingness to impose a tariff on imports of crude oil from the United States, even though China needs a lot of imported oil, shows Beijing’s determination. “One way you show your seriousness in a negotiation is to show you’re willing to incur costs,” he said.

The State Council Tariff Commission in Beijing said that the tariffs were a response to Mr. Trump’s threat to impose new tariffs by Sept. 1. Mr. Trump had initially said he would impose 10 percent tariffs on $300 billion in Chinese-made goods on that date, essentially targeting everything that the United States buys from China that has not already been hit by previous rounds of tariffs. He later delayed more than half of the latest round of tariffs until Dec. 15 to avoid hitting American pocketbooks during the holiday shopping season. A few tariffs were scrapped entirely.

Peter Navarro, director of the White House’s Office of Trade and Manufacturing, said on the Fox Business Network that China’s move was to be expected and that it would only galvanize support for Mr. Trump’s tough approach to China in the United States.

“I just think that the way that China is reacting to this whole thing is simply reinforcing America’s perception of China as a bad actor,” Mr. Navarro said. “When China tries to bully us, that only strengthens our resolve.”

Mr. Navarro said the new tariffs that China was imposing were just a sliver of the overall United States economy and that they should not impact growth. He said that actions by central banks to cut interest rates were more significant to the global economy than the trade dispute between the United States and China.

Mr. Navarro added that he expected the negotiations between the United States and China would continue despite the escalation.

“We’re going to resume those talks in September,” he said.

Both sides have a lot at stake. Recent market moves have signaled that many investors expect the American economy to slide into recession in the future, with the trade war as a major reason.