THE CORAL CITY OF LELUH

LELUH IS A CORAL CITY CONSTRUCTED ON LELU ISLAND, A SATELLITE OF THE LARGER ISLAND OF KOSRAE IN THE FEDERATED STATES OF MICRONESIA IN THE CENTRAL PACIFIC

The city was a centre of power for tribal chiefs, first occupied around AD 1250 until the mid-19th century after the inhabitants came into contact with European whalers and missionaries.

Biotic material (scleractinian coral) and prismatic basalt blocks were used to construct an extensive system of internal and external walls, raised terraces, paved roads and 20 compounds, extending from Lelu Island along a man-made extension over a shallow reef infilled with coral.

At its peak, Leluh covered an area of about 270,000 m2 and was home to around 1500 inhabitants. The people lived within a unified complex hierarchical society under a king tokosra), high chiefs (lem fulat) and land section managers (mwetsuksuk).

The materials used for the construction of housing depended on social class, as did the spatial situation of the people: in the centre, the King and the upper aristocracy lived behind high walls of basalt, to the west, the lower aristocracy in modest houses of coral, and the rest of the population in simple huts.

The inhabitants also built pyramidal structures called a saru, which have a truncated frustum and a rectangular base. The pyramids contained burial chambers, where according to historical accounts, the deceased king was anointed with coconut oil, bound in mats and cordage, and then interred in the saru for several months.

The king was then exhumed, cleaned and moved to the small artificial islet of Yenasr on the nearby reef, where he was reburied in a deep hole to be at one with the sea.

The question of who built Leluh has been the subject of scholarly debate. Early accounts by European visitors claimed that the builders were Spanish castaways, Pirates, or even the Japanese.

The similarity of using basalt blocks is comparable with that of Nan Madol on the island of Pohnpei, however, the architectural styles and monumental construction of using coral at Leluh suggests a distinct culture that had independent development, far predating any contact with Europeans. 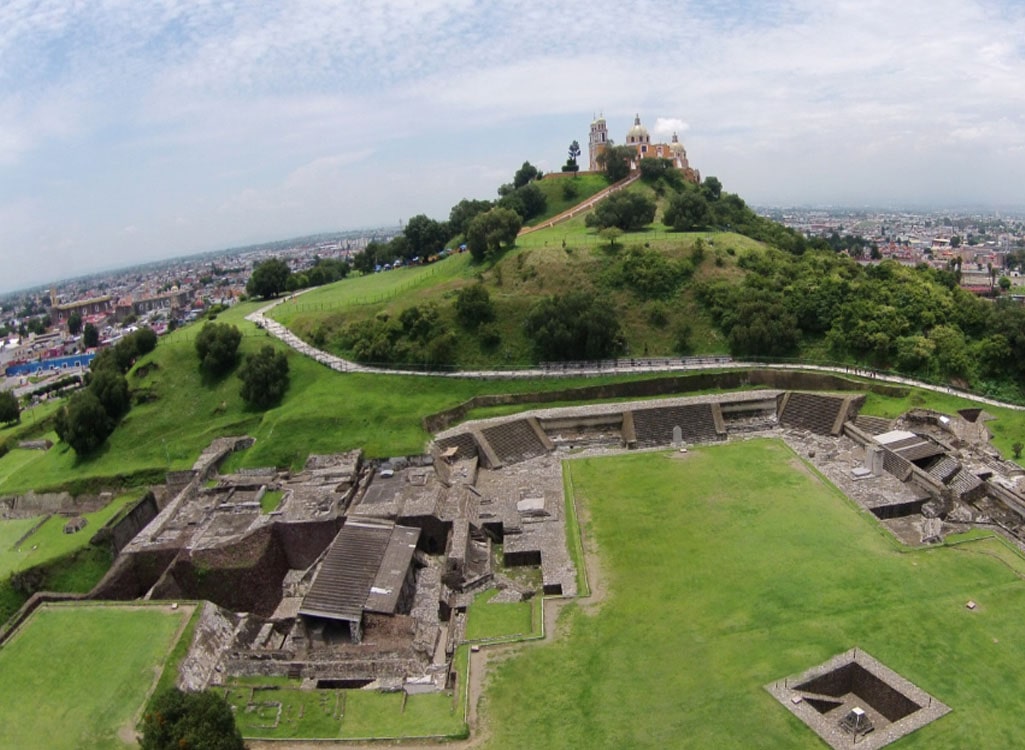 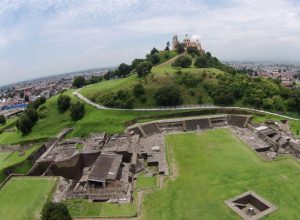 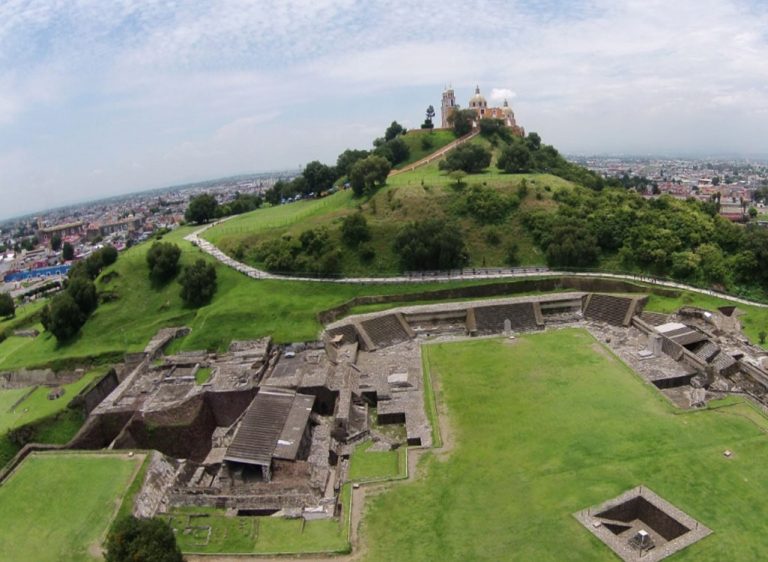 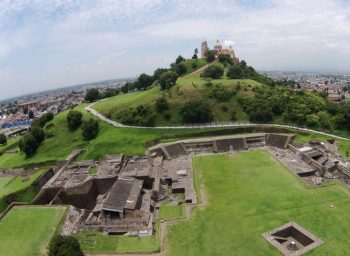 The largest and tallest pyramids in the world are incredible feats of design, engineering, and construction. The Great Pyramid of Giza often gets the crown when talking about pyramids. However, the temple at Cholula dwarfs the Great Pyramid at Giza.

The Great Pyramid of Cholula, known to the locals as Tlachihualtepetl (man-made mountain), stands around 66 meters (216 feet) tall and 450 meters (1,475 feet) wide. It has a volume nearly twice the size of the Great Pyramid, the largest of the three famous pyramids of Giza. Archaeologists believe the mysterious complex was built sometime around 300 BCE, though they can’t agree on who exactly built it.

Cholula is located near the capital Tenochtitlan and was one of the most important cities in the Aztec Empire. It was home to about 100,000 people and known for its bustling markets and fine trade goods. The city was believed to be incredibly sacred and the people constructed a holy pyramid for every day of the year.

In 1519, Hernan Cortez and his men marched into the city and massacred 10 percent of the population, building a tiny church on top of a massive hill as a symbol of their conquest.

One of those, the Iglesia de Nuestra Señora de los Remediosa, was to become – effectively – a hat, after it was unknowingly placed on top of the Great Pyramid of Cholula.

The pyramid actually boasts the longest occupation by humans of any building, helped along by its Spanish church bonnet. A lofty claim for the largest monument ever constructed by humans in Mesoamerica.

Nobody knew it was a pyramid until locals started building an insane asylum in 1910, according to legend. It was certainly a thousand years old and completely hidden by vegetation by the time Cortéz and his men arrived.

Cortez referred to it as “the most beautiful city outside of Spain.” When he arrived, it was the second-largest city in the Aztec empire, despite having changed hands several times.

According to legend, when the conquistadors arrived, the locals covered the valuable temple with their own soil. In fact, it could have happened by chance. This is due to the fact that the world’s largest pyramid is made of mud.

“Adobe” bricks are created by combining mud with other materials such as sand or straw and baking it in the sun until it hardens. The outer bricks of the pyramid were smoothed with more earth to create a painting surface. The temple was once infested with red, black, and yellow insects. In dry climates, mud bricks are extremely durable – lasting thousands of years. In humid Mexico, the mud creation was a fertile platform for the tropical jungle.

It was built in four major stages, each of which had its own distinct style but left the previous constructions visible. Some believe this was done on purpose to preserve the building’s history. Up until the Spanish Conquest, it was a significant shrine devoted to mountain worship and a rain god.

Today, the city has reclaimed its pyramid, which can be explored via five miles of tunnels built in the early twentieth century. Nearly 500 years after the colonial conquest, the city faces a new threat: tourists.

As a matter of fact, Cholula is one of Mexico’s most important pilgrimage sites and attracts hundreds of thousands of people during its yearly festival.