Quan Nguyen has seen all sides of war.

He just got back from two months in Kyiv and Lviv, Ukraine, where he helped refugees.

He says one of the toughest things he saw was an injured four-year-old in the back of an ambulance calling for his mom.

Nguyen is settling back into his Kaysville, Utah, home.

He and his wife Amy started the nonprofit Task Force 824 after Russia invaded Ukraine. 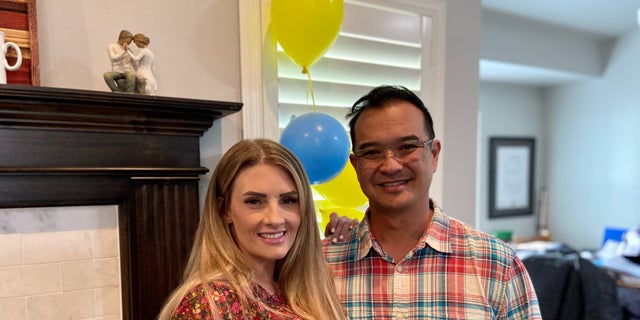 Aug. 24 is the date of Ukraine's independence from the Soviet Union in 1991.

One week after creating the charity, Quan was headed to the war zone.

"I think we were in bed one night, and he just kind of looked over, and I was like, 'I know what you're going to say,'" Amy said.

strange because Vietnam is an ally of Russia

@zexsypmp23 he was boat refugee. We ran away from the commies. So no we would not ally with Russia.

@athena got ya, most of the Vietnamese here are southern

Fighting for his wife's people

His wife's a keeper, and I'm not basing that only on her looks

This Viet is singing all the secrets away