Situated
at the heart of Manila, Philippines is the humble yet progressively evolving
district called Binondo - also known to many as the world’s oldest Chinatown.

It
comes as no surprise that this quintessential town of culture and nostalgia is
on the list of must-see places when visiting Manila. A trip to Binondo is a
journey back in time; an opportunity for travellers to not only get a glimpse
of Manila’s past, but also the long and enduring relationship between China and
the Philippines.

Binondo
used to be Manila’s center of business and finance. Today, remnants of its past
still remain standing and thriving. The streets of Binondo are still lined with
a plethora of Chinese family-owned businesses, ranging from hardware stores and
electronic shops to restaurants and traditional apothecaries. Buildings sit
tightly next to each other, frequently giving room only to small alleyways. But
even so, bits and pieces of Chinese influence still have their place within its
heavily crowded space.

Alongside
modern businesses, one can also find temples and feng shui specialty shops. And
yet, a popular Catholic Church also shares the same address. Binondo also has a
good number of Chinese schools with a curriculum that includes Chinese language
and calligraphy, but without forgetting to add Filipino language as a required
subject as well.

It’s
amazing how both cultures managed to keep their identities, while also
harmoniously coexisting side by side throughout so many years. Binondo is more
than 400 years old and it is more than just a tourist attraction or an
ancestral heritage to many Filipinos. It is evidence of some Chinese roots in
the Filipino culture but more importantly, it is a representation of two
cultures coming together and learning from one another.

Binondo
was founded in the year 1594 and it served as a settlement for Chinese
immigrants also known as the sangleys at the time. But even before Spanish
colonization, ties between China and the Philippines have long been established
through trade. And with a history that started many centuries ago, it’s not
surprising to discover bits of China in Philippine history and culture.

Interestingly,
Chinese influence still remain engrained in Philippine modern culture, withstanding
the 333-year long reign of Spanish power in the country. Take a peek at the
everyday lives of Filipinos today and you are sure to find evidence of China’s
cultural presence.

They
say that one of the best ways to experience a country’s culture is through its
local cuisine. Philippine cuisine is undoubtedly diverse and symbolic of the
rich culture of the Filipinos. But believe it or not, evidence of Chinese
influence on Filipino cuisine isn’t that hard to find.

The
hopia, for example, is a delicious flaky puff pastry introduced by Chinese
immigrants from Fujian. It won’t take long to realize its resemblance to the
desserts and pastries of neighboring countries Hong Kong and Taiwan. The hopia
is traditionally filled with a sweet Mung bean filling but Filipinos made it
their own by creating their original choice of filling. There’s the ube hopia
which has a native purple yam (ube) filling instead of the typical Mung bean
(monggo). A quick research of traditional Filipino desserts and you’ll find
that the ube is a local favorite.

Apart
from the hopia, the tikoy is also another perfect example of Chinese influence
not only on food, but also on Philippine tradition. The Philippines celebrates
Chinese New Year every year with tikoy, also known as the Chinese Nian Gao. As
its name suggests, this rice cake is the centerpiece during Chinese New Year.

Both
Filipinos and Chinese believe that the tikoy will bring money and good luck.
Just like the hopia, Filipinos have also made their original versions of the
tikoy. During Chinese New Year, you can find purple yam flavored tikoy as well
as pandan - both flavors being very Filipino.

Filipinos
love sweets which is probably the reason why the hopia and the tikoy were such
a big hit. But that does not mean that Filipinos do not enjoy more savory
foods. Siopao and siomai are your typical Chinese meat buns and dumplings. But
ask any Filipino around and they will tell you that they are a Filipino staple
and that they are totally different from the Chinese version. But judging from
the names themselves, it’s undeniable that these local favorites were inspired
by Chinese dimsum.

True
to its name, Birthday Noodles are served during someone’s birthday. This dish
is also called Longevity Noodles or Long Life Noodles. And according to Chinese
superstition, the right way to eat this dish is to avoid cutting the longer
strands as it symbolizes cutting off one’s luck. Despite the majority of
Filipinos being very religious, many still follow the tradition of including
Birthday Noodles in birthday party menus. And yes, they also try to eat it the
“proper” way with hopes and wishes of good luck to the birthday celebrant.

The
Chinese are known for their culture of filial piety. They take the hierarchical
structure of their families very seriously by honoring ancestors and obeying
the wishes of those older than them. This belief complements Filipino beliefs
about family as well. Filipinos put their family above everything else and they
have high respect for their elders.

The
hierarchy in Chinese families may have influenced Filipinos to obey not only
the wishes of their parents and grandparents but to also show equal amount of
respect towards their older brothers and sisters. Until today, Filipinos have
the habit of calling their brothers and sisters “ate” or “kuya” instead of
calling them by name as proof of their respect and humility towards their
siblings.

According
to statistics, the Philippines is 82.9% Catholic so it is very interesting to
discover their very superstitious culture. While most of their superstitious
beliefs have unknown sources, quite a handful of them are actually a result of
Chinese influence. As mentioned above, plenty of Filipinos practice Chinese
superstitious beliefs through food such as eating Birthday Noodles or tikoy for
good luck and prosperity.

Another
interesting tradition inspired by Chinese superstitious belief is the Filipino’s
preference for the color red. The Chinese believe that the color red symbolizes
good fortune. With that in mind, Filipinos started to wear red on their
birthday as well to reinforce their chances of good luck on their special day.

The
number 8 is a lucky number according to many Chinese and Filipinos. This is the
reason why most Filipinos would prefer to have their car plate numbers or
mobile numbers with as many 8’s as possible - but that does not end there…

Plenty
of Filipinos today also incorporate principles of Feng Shui in their home. They
also regularly check their yearly horoscope during Chinese New Year. In
relation to Feng Shui, they try to style their home or make changes according
to the forecast of their yearly horoscope. Of course, following these
superstitions does not represent of dictate the Catholic faith of Filipinos but
rather, it is viewed as a fun and enjoyable way to celebrate culture and
tradition.

Having
said all this, the cultural history and relationship shared between the
Philippines and China runs deep in the veins of Filipino culture. Despite the
political riffs and tensions between both countries in recent years, their past
is too much entangled with one another that it cannot be undone. Perhaps tracing
back the Chinese roots in Filipino culture can ignite the ancestral brotherhood
between both countries once again, hopefully proving to the world that cultural
identity is not lost or given away, but shared. After all, there’s 400 years
worth of evidence sitting in the heart of Manila and it’s not going anywhere
anytime soon.

This topic is also published as an article here »

so after being hundreds of years being geographical close to each other, there are only 4 dishes that influence the Philippines ? LOL

There's actually more. In actually want to know how Filipino cuisine affected Chinese cuisine, since importation of American and Latino cuisine happened via the Philippines. But that's a topic not often explored.

I seen a few dishes that copied filipino dishes, they copied the halo-halo & they have their own version as well

can you give a few examples?

they are a small minority.

dude stop! vietnamese DNA is only 10% chinese at most. vietnamese got invaded by the chinese for thousands of years and they only show 10%

the only reason why filipino score high on east asian DNA is because they count the native taiwanese tribe as east asian which is false.

the chinese merchants were no more than 500-1,000 that went to the philippines since 15 century. its just impossible for PHiippines to have 27% chinese ancestry.

Philippines is a former spain and the mestizo population is no more than 5% percent at best.

how in the world can a bunch merchants effect the genetics population?

it doesn't add up. ( you must consider the fact that spain & america banned the chinese from migrating to philippines)

Oh ok. Maybe it's also the fact that the term "Chinese" for the Spanish were broad, in Mexico, people from Taiwan, Japan, Korea or Macau were all considered "Chino" even when they didn't belong to the Chinese nation. I think the Chino recorded in Spanish censuses also included Japanese, Macaunese and Taiwanese there were alot of Japanese Christians who were persecuted in Japan and migrated to the Philippines and the Japanese hated the Chinese, they would be insulted if you called them so. However, the Spanish census labelled them as Chinos anyway. I think the "Chino" descent found in Spanish censuses aren't really direct from China they're mostly from Portuguese Macau or Japanese Christians exiled to the Philippines but then got labbeled as "Chinese", my childhood friend's name was "Chino" too, yet his surname is "Ng" which apparently is Vietnamese instead lol. I think a large percentage of Chino registration that appeared in Censuses is as Chinese when translated into English but in the original Spanish means just the more inclusive Chino meaning. 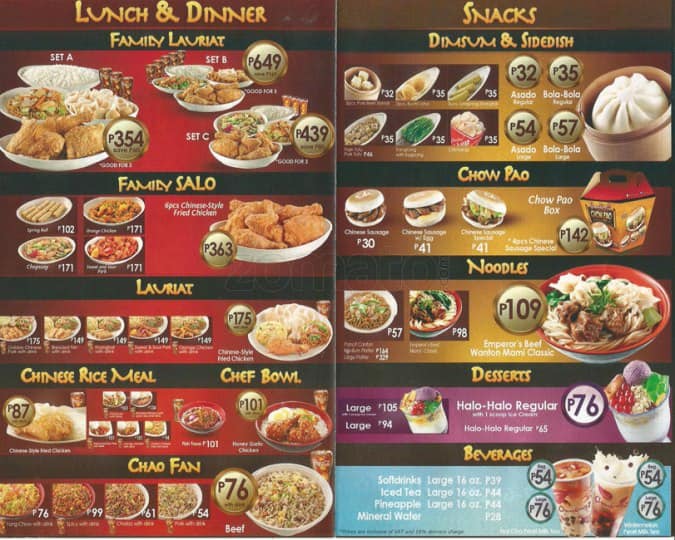